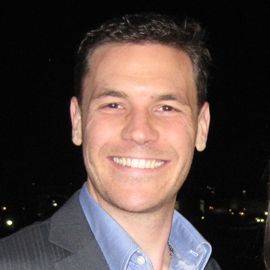 (Focus, Fall/Winter 2017-2018)
“I knew that I wanted to do something involving engineering when I graduated from SJR, so I pursued my undergraduate and graduate degrees in Computer Engineering at the University of Manitoba. As I was completing my graduate studies, I became very interested in magnetic resonance imaging (MRI) and studying how the brain works with a non-invasive technique called “functional MRI”. For this reason, the focus of my studies shifted and I completed my Ph.D. in Biomedical Engineering at Western University. Pursuing additional training after a research doctorate is common, so I moved to Nashville, Tennessee in 2008 to begin my studies as a postdoctoral fellow at Vanderbilt University Medical Center. This appointment was longer than I had anticipated due to reasons beyond my control (it was the start of a U.S. recession due to the housing market crisis, etc.), but in the midst of this economic turmoil, I successfully competed for a National Institutes of Health career award. This award gave me the amazing opportunity to begin my own lab, and so, in 2016, I accepted faculty appointments at the Massachusetts General Hospital and Harvard Medical School to establish a functional MRI research lab (www.fMRIresearch.com) at the Athinoula A. Martinos Center for Biomedical Imaging. Interestingly, where I am today is the exact location where, in 1991, functional MRI was first demonstrated in humans.

“Two positive influences from SJR were the encouragement, expectation and support for every student to excel to his or her full academic potential, but also the framing of these experiences within a real-world setting. These two influences may be viewed as opposite sides of the same coin, and with surprisingly equal weighting. Point #1 refers to what an individual student knows, including both depth and breadth of knowledge, whereas point #2 refers to how a student interacts with other people and how he or she can effectively apply that knowledge in a group setting. Basically, all real-world problems are too big for a single person to solve in a reasonable period of time. Therefore, you have to work together with your colleagues to solve problems and get ahead, or risk being left behind. And working with your peers in a team has more to do with egos, psychology and sociology than it does with calculus, physics or chemistry. Knowing how to be polite, on‑time and attentive, and how to greet new people with a proper handshake while making eye contact, are all very important life skills that I learned at SJR. Equally important is the ability to show empathy and actively listen to your colleagues. At the end of the day, being smart is great, but being smart and able to work with others is a hundred times better.”

What advice would you give to current students at SJR?

“I would encourage everyone to think about the phrase: “Life is what happens while you’re making other plans.” My experiences suggest that what happens to me next is not completely within my control, yet it is not completely outside my control either. It is somewhere in-between. Did I ever think that I would move to the United States? No. Did I ever plan to be at Harvard? No. Did I ever plan to have a career that involved studying the human brain? No. However, when I was in Grade 12, I distinctly remember deciding that I wanted to be involved in some sort of “think tank” where people could work together and come up with amazing ideas that could change the world. That was my naive goal, though I had no idea what my journey toward that goal would look like. And as the years went by after my graduation from SJR, I have to admit that I almost forgot about that goal. However, the idea of being in a place where I can work with colleagues and come up with amazing ideas that could change the world must have become stuck somewhere in my subconscious mind, perhaps subtly guiding my decisions over the years, because that Grade 12 goal perfectly describes where I am today.”
Back