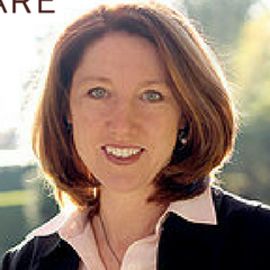 It truly is a testament to the strength of our community that our alumni continue
to be as passionate and involved as they are in their years after graduation.
We are proud to shine the spotlight on Hillary Samson ’86.

(Focus, Year in Review 2016-2017)
Hillary attended the University of Victoria where she obtained her MBA. With an English Literature background, Hillary found her entrepreneurial spirit was awakened while working in communications at AbeBooks — a division of Amazon. She had discovered her passion for systems operations, which then led to a position as a Senior Product Manager.

She moved to Austria with her husband for three years. With limited exposure to English speaking friends, she made several contacts and started to counsel friends who had businesses while in Europe.

Hillary became involved with businesses that supported social change for social good and recognized there was a demand for her skill set in both systems operation and organization. This concept resulted in establishing her own consulting company (Samson Consulting) based in Vancouver. Hillary has assisted small businesses, many led by women entrepreneurs, in a variety of structural and operational areas. In exchange for her expertise, she has acquired shares within the companies. It’s truly a win/win situation.

As a result, Samson Consulting offers her services as a COO on-demand. Hillary is COO and part-owner of Satya Organic Skin Care, a USDA certified producer of an organic eczema balm sold in more than 400 stores across Canada, which offers a natural, safe alternative to cortical steroids. Hillary’s involvement with Satya has supported the company to record-breaking sales: thanks to effective marketing and creating awareness of the product, sales in two days matched combined sales of the previous year alone!

The company is also one of only five Canadian ventures in 2017 to receive the SheEO award. SheEO is a Torontobased group that supports women-led ventures, with global ambitions to connect women around the world. The model is designed to specifically tackle the kinds of challenges female entrepreneurs face. The harsh truth is that women in business are often underfinanced, under supported and under celebrated, and less than 19 per cent of business news mentions ventures led by women.

SheEO begins by seeking a donation of $1,000 from 1,000 women from coast to coast. There is no incentive or charitable receipt for the donation, simply the satisfaction of knowing the money will help other woman in business. The one-million-dollar fund is then loaned out to up to 10 women-led ventures at zero per cent interest, paid back over five years and reinvested perpetually. We congratulate Hillary and Satya for being in the top five in Canada!

Hillary enjoys the flexibility that comes with her consulting business and being able to spend time with her family. Balance is key to the success of any venture. She stated that one of the key things she learned at SJR was the concept of “critical thinking.” Hillary is always questioning why things are the way they are and what they should or could be. She enjoys working with a group of people who are committed to changing the way things are done for a more positive experience.
Back